You are here: Home1 / CBD for Glaucoma CBD for glaucoma has potent neuroprotective effects on patients with this condition. Early detection of glaucoma and the immediate start of treatment with CBD can definitely restrict the progression of the disease and prevent loss of vision.

According to the Glaucoma Research Foundation, glaucoma is the leading cause of irreversible blindness.

People between 40 years and 80 years of age have a higher tendency to develop glaucoma. Glaucoma is an irreversible condition, and until now, medical science was unable to discover any curative treatment for it. However, early detection and immediate introduction of a neuroprotective regimen to constrain the optic nerve damage can restrict the progression of glaucoma. Glaucoma is a complex eye disorder that eventually leads to blindness due to damage to the optic nerve. The optic nerve is the primary sensory nerve that helps in visualization. Common causes of glaucoma are:

Glaucoma can be classified as follows:

Symptoms of glaucoma include:

Untreated symptoms of glaucoma can affect central eyes and can eventually lead to complete loss of vision.

CBD for Preventing and Reversing Glaucoma

The conventional treatment for glaucoma aims to lower the intraocular pressure. The commonly prescribed treatments include medications, laser treatment, and major surgery. For many patients, it becomes difficult to tolerate conventional medicines due to their side effects.

Cannabinoids are the combination of different bioactive phytochemicals of cannabis. The following are just some properties which support CBD for glaucoma treatment: 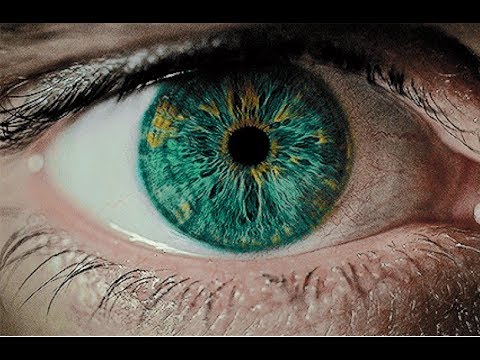 In 1987, animal researchers did a study on albino rabbits. According to the results, the systemic administration of cannabinoids lowers eye pressure by altering blood pressure.

A research paper published in 2016 reported that CBD activates the G protein-coupled receptor 18 (GPR18) to modulate the secretion of aqueous humor. In other words, it lowers eye pressure (IOP) and is therefore very effective for glaucoma treatment.

The findings support the theory that CBD’s topical application activates the 5-HT1A receptors and the cannabinoid-2 receptor, which reduces corneal pain by modulating pain signaling.

The same study report also demonstrated that other cannabinoids like Δ8THC and HU-308 also possess anti-nociceptive and anti-inflammatory effects. These contribute to the reduction of corneal pain by activating cannabinoid-1 and cannabinoid-2 receptors.

Delta 8 THC distillate and other D8 products are now available online and promise to be as popular as CBD.

The efficacy of Δ9 THC and other active ingredients of cannabis was evaluated in another animal study. According to the findings, the topical administration of cannabinoids, including Δ9 THC, has lowered intraocular pressure by 40%. A trial conducted in 2004 on 33 people reported decreased eye pressure after jogging and confirmed that heart rate enhancement does not influence the alteration of the intraocular pressure. In other words, an increase in heart rate due to CBD does not cause a clinical barrier in glaucoma treatment.

A small-scale clinical trial conducted in 2006 also reported that Delta-9-THC and CBD’s sublingual administration provided a temporary lowering effect of the eye pressure.

A clinical trial conducted on nine healthy male volunteers in 2017 reported that CBD was a well-tolerated substance. The author of this study concluded that CBD has a significant blood pressure-lowering effect associated with increased heart rate.

A recent clinical trial report published in February 2018 demonstrated that topical application, in the form of eye drops, of a full spectrum cannabinoid extract has an anti-inflammatory effect, causing a reduction in eye pressure.

There are numerous personal reports of people successfully treating their glaucoma with CBD. Take Steve and his mother-in-law from Tulsa, who both managed to normalize their eye pressure after using CBD oil for about a month and a half.

From Pennsylvania, Diana reported that her eye pressure dropped from 40 to 16 (mm Hg) after using CBD for a month. She said her doctor couldn’t believe it.

Al Morentin from California was steadily going blind after being diagnosed as a glaucoma candidate in the sixth grade. When he started using cannabis oil, he stopped the decline in his eyesight and greatly relieved the pain and building pressure. However, when he ran out of the oil, he became blind in his right eye. Upon resuming the oil, his eyesight returned, and he sees better today than he has in 10 years.

The conventional medical system uses several ways to treat glaucoma; eye-drops, surgery and laser procedures are the most commonly used. However, there are side-effects or downsides to take into consideration as well.

Side Effects of Eye Drops: Side Effects of Surgery:

Due to these side-effects, an increasing number of glaucoma patients are looking for alternatives to treat this condition.

CBD for Dogs with Glaucoma

Certain dog breeds are genetically prone to developing glaucoma, such as; poodles, Siberians, chow chows, and cocker spaniels. Despite medical or surgical intervention, 40% of dogs affected with glaucoma become blind.

Hemp oil (CBD) for dogs, however, works just like with humans, which makes it a potentially excellent glaucoma treatment for dogs as well.

Marijuana smoke is known to treat glaucoma. In 2016, Dr. Gary D. Novack, Ph.D., published his review report on the treatment of glaucoma with cannabinoids. This review confirmed that smoking marijuana decreased intraocular pressure by almost 30% in volunteers. However, due to the relatively short working span (peak at 2 hours), this regimen is not practical.

The sublingual dose of cannabinoid extract containing CBD oil is 20 mg to 40 mg in combination with 5mg Delta-9-THC. The active working is approximately 4 hours. You should not use more than 40 mg of CBD, as a higher dose can increase IOP.

We have carefully collected CBD testimonials for this particular condition to serve as proof and inspiration to others. Do not hesitate to record your own experience and share it with us so we can add it to this list and help thousands of other patients.