You are here: Home1 / CBD for Parkinson’s Parkinson’s disease is a neurodegenerative disease mainly affecting dopamine production. CBD for Parkinson’s works as an anti-oxidant and anti-inflammatory to mitigate the disease and alleviate symptoms. Other neuro-degenerative disease treatments, such as Alzheimer’s treatment with CBD, and ALS treatment with CBD, have shown outstanding results according to anecdotal evidence and limited scientific research.

Without CBD treatment, Parkinson’s symptoms develop slowly over the years and mainly involve motor system related issues such as:

But, also often cognitive problems such as:

Scientist Sir William Gowers, who lived from 1845 – 1915, first mentioned the use of cannabis for the treatment of Parkinson’s in his book, “Manual of Diseases of the Nervous System”, at the end of the nineteenth century. During his days, the cannabis component CBD (or cannabidiol) was unknown, and even today, many people do not know what CBD is.

The average age of Parkinson’s patients is 60 years old, according to the Michael J. Fox Foundation for Parkinson’s research.

The disease is slightly more common among men than women. In the United States, over one million people are estimated to have Parkinson’s. Despite vast amounts of pharmaceutical R&D spending, there is no cure for Parkinson’s so far.

According to the Parkinson’s Foundationn, an estimated 10 million people worldwide are living with Parkinson’s.

Cannabidiol cannot cure Parkinson’s, but numerous scientific studies have shown that it works as a neuroprotective, and it can, therefore, block the progression of the disease. The most considerable CBD benefits for Parkinson’s patients are arguably the alleviation of the symptoms, which significantly improves the quality of life.

Producers derive CBD from either cannabis or hemp, which are not the same but similar. For those interested in the hemp vs. cannabis specifics, we have written a separate article on that.

In 2003, scientists indicated Parkinson’s in a review on the relation between the endocannabinoid system and central nervous system diseases that could benefit from cannabinoid treatment. During the next few years, scientists reported that cannabinoids provide neuroprotection in acute and chronic neuro-degeneration.

Suddenly being confronted with such a severe condition can be difficult for many people. Therefore, we see different stages of depression with patients, which only increases the Parkinson’s symptoms. However, treating depression with CBD has seen much success with people self-medicating as well as scientific research.

2011 lab tests on rats and mice revealed that THC has a promising pharmaceutical profile for delaying Parkinson’s progression and improving its symptoms. In 2016, the lesser-known cannabinoid BCP proved to have the potential of significant neuroprotection, which could be beneficial for Parkinson’s disease. BCP showed this potential due to its anti-inflammatory and anti-oxidant properties.

A 2004 clinical study in the Czech Republic amongst 339 Parkinson’s patients treated with medical cannabis revealed the following:

In 2009, scientists performed an open-label pilot study with six Parkinson’s outpatients. The patients also had psychosis and underwent CBD treatment (150 mg/day). They achieved some promising results.

The researchers found a significant reduction in psychotic symptoms. The motor symptoms were not affected by cannabidiol, and it reduced the UPDR scale (Unified Parkinson’s Disease Rating).

Doctors observed no side effects during this 2009 clinical trial. A case series of clinical trials in 2014 revealed that CBD could control the symptoms of REM sleep Behaviour Disorder (RBD) in Parkinson’s patients.

In 2014, scientists performed a double-blind clinical trial with 119 Parkinson’s patients, treated with CBD (300 mg/day) and placebo. The experiments showed a significant improvement in the quality of life of these patients; however, more extensive studies are needed to confirm this. 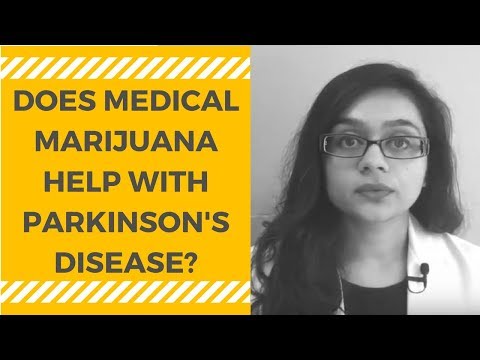 Like with almost any other supplement or medication, it is impossible to set one dosage that fits everyone and every condition (level). But, because you cannot overdose CBD, and there are no harmful CBD side effects, it is safe to experiment with the dosage level that fits your situation and/or condition. For example, dosage levels of CBD for depression vary from 25 mg to several hundred milligrams daily.

Parkinson’s is a neurodegenerative disease like Alzheimer’s, and therefore most people start with a relatively low dosage level of 40-50 mg daily and monitor the effects. Upon requirement, depending on the improvements of the condition/symptoms, you can increase the dosage with incremental steps of three days and 25-50 mg while monitoring, until you have reached the desired result.

Many Parkinson’s patients reduce their CBD oil dosage to a maintenance level after having treated themselves on higher dosage levels for at least several weeks. You can determine the maintenance dosage level can also by reducing dosage levels in incremental steps every couple of days while monitoring the effects and making sure that you keep the symptoms and condition under control.

If you are lost with the % indication on your CBD oil bottle and cannot figure out how much to take, use our CBD Calculator. For conditions like MS and cancer, besides CBD oil dosing for cancer, medical cannabis dosing needs to be slowly build up. You can take our RSO concentrate dosing roadmaps based on patient reports, as a guideline.

How to use CBD?

Usually, people take their daily dosage in two takings; mornings and evenings. But people also people do three takings a day, especially when they are on a higher dosage so as not to have to take too much at once. Others prefer to take the full daily dosage at once, for example, during the evening.

In case you have problems getting the drops out of the bottle or dropper. Usually, it helps to warm the oil by putting it in warm water for a short while. This heats the oil slightly and therefore reduces thickness. The most common way to take it is to drop the drops under your tongue for at least one minute and let your body absorb them.

Of course, there are also edibles. iDWeeds listed the best CBD gummies for sale, which are an inconspicuous way of taking your daily dosage.

We have carefully collected CBD testimonials for this particular condition to serve as proof and inspiration to others. Do not hesitate to record your own experience and share it with us so we can add it to this list and help thousands more patients.